I Married an (cough) Evangelist

I don't know about you, but the first image that pops into my head when I hear the word "evangelist" is Steve Martin in his glittery jacket, arms raised, angelic look on his face, in his film Leap of Faith. 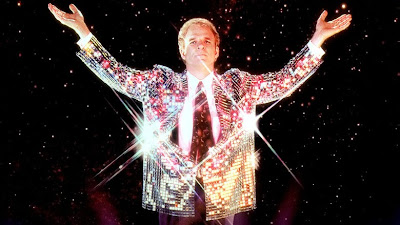 I grew up in church and that's the first thing that I think of....along with orange-y tan, stiff haired preachers on television shoving people down on the ground so they will be "healed" or begging viewers for their lives' savings and in return a promise to send them a lovely bookmark and/or handkerchief soaked in prayer (oh goody!).  I can only imagine what people with other backgrounds think when I tell them I married an evangelist.  I'll be honest, sometimes I cringe a little when I say my husband is a pastor.  I feel a little bit like George Costanza because sometimes I sort of mumble my answer hoping the other person just nods in semi-understanding.  I'm not ashamed of who he is or who we are.  I just don't want people to think that he's Steve Martin. He certainly is not.

I started dating Jonathan a few weeks before my brush with death.  We had been seeing each other for about a month before our dates were in the ICU.  Yeah, craziest start to a relationship ever!  And then the day after I was discharged out of the hospital, he left for 9 months on his first bicycle tour.  He started cycling in San Francisco and zig-zagged across the USA speaking to teenagers about missions.  Not just Africa missions, but missions right in their own communities.  Feeding the hungry, clothing the poor, making a difference in the world one person at a time.  He went on a second tour the next year and, in total, cycled tens of thousands of miles speaking to over 100,000 youth.

Since then, that has been his primary message, and it's a great one.  It's simple.  It embodies Christ and it follows his commandment to love.  If this were not Jonathan's message I don't think I could have married an evangelist.  I don't like schemes.  I don't like tricks.  And that's what I thought of when I thought of evangelism in America.  It's what lots of people still think about evangelism in America.  This is why I am so excited about our new adventure: a new church.  After Arlis was born Johnny and I both decided that his extensive travel wasn't the best for our family.  We have been praying and trying to figure out our next step in life and in ministry.  That next step is Discover Family Church.   You can read about it here: http://www.johnnykelley.com/2013/07/the-next-journey.html

Discover Family Church is taking the evangelistic message that Johnny has been speaking about for the past 5 years and bringing it home.  Evangelism is missions.  And missions begins in your home, in your family, and in your personal relationships.  It is loving the ones closest to you so that you can, together, love the unloved out there.  And there are many, many out there.  I'm excited that I married an evangelist with a heart for families.  A missionary who sees the potential right here in our community and wants to see that potential grow and develop.  A man who desires to create a place where families support each other, and those without their own family can find one within ours.  I married an evangelist and I am so glad I did!

About The Kelley Family

Sarah and her husband Johnny live in Lakeland, Florida with their 3 sons, Arlis, Linus, and Texas. Johnny and Sarah planted Discover Family Church in September 2014, where Johnny is Lead Pastor. Sarah is a pediatric audiologist at an area children's hospital. 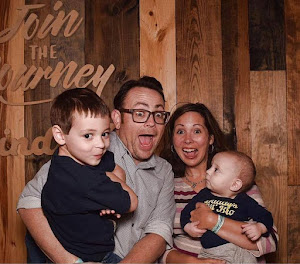